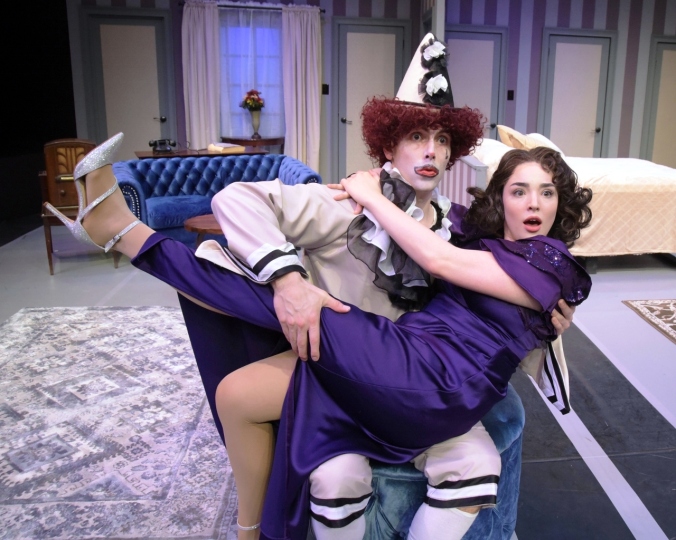 A hilarious mad cap comedy is now on stage at the Westchester Broadway Theatre. Lend Me A Tenor is a departure from the main stage musicals that have made the WBT famous.   Lend me a Tenor was first produced on the  West End (London) in 1986  and on Broadway  in 1989.  The play was nominated for nine Tony awards, and won two.    It also was nominated for six Drama Desk awards and won four.  Now this comedy is on stage until January 24th.  It is truly in the style of modern British comedy with exaggerated acting, physical comedy, over the top characters and a clever set that is a vital part of the story. 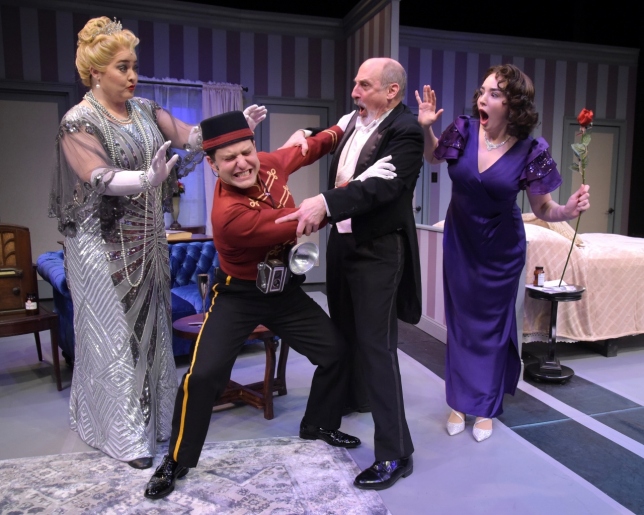 Buckle your seat belts as you may just fall out of your seat from laughing too hard!   The play is set in a hotel suite in Cleveland Ohio in 1934.  An internationally famous opera tenor, Tito Merelli is coming to Cleveland to perform the famous role of Pagliacci the clown.   His anticipated arrival is a huge event for the local theater which is betting their season on this perfomance.  Merelli is quite the ladies man and when he arrives we discover that the women in the play are all trying to seduce him.   Act One soon gets turned on his head as Merelli mixes too many sleeping pills and wine.  The theater manager  fearing that his star is dead asks his assistant Max to don the make up and costume of Pagliacci and assume his role that very evening on stage.

The stage is an integral part of the comedy.  The stage is one large hotel suite with a partial wall that divides the bedroom from the sitting area.  The audience can see all the action in both rooms but the characters cannot.   There are also 5 doors that exit the room, two to closets, one to the bathroom and two to the corridor.  These doors are part of this very over the top physical comedy as the actors race in and out of the doors.   Act Two turns the whole story on its head.  Is Merelli the tenor really dead?  Or just in a deep sleep.  Is there room for two operatic  clowns in this comedy?  You will have to see to find out. 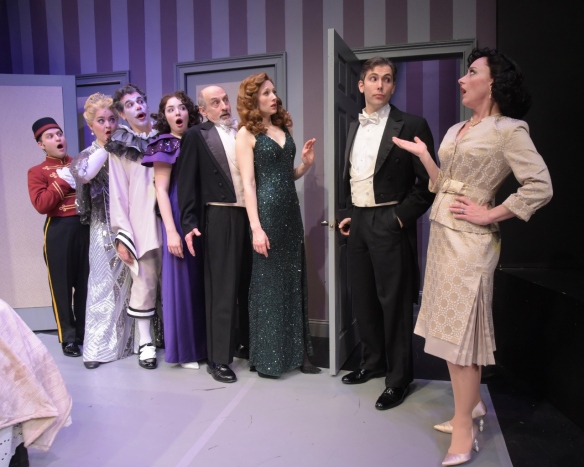 The play runs through January 26th 2020 and is a must see.    WBT is running a special for this production that you can access by calling the theater.  Buy a ticket and WBT  will  treat you to their delicious 3-course served dinner with a selection of entrees for FREE!

Enjoy the show, with dinner, for the regular show-only price of $57
Valid for performances on Thursday, Friday & Saturday evenings and Sunday Matinees.