This coming weekend Friday, May 1 and Saturday May 2,  downtown  Ridgefield Ct. will be hosting their First Annual Spring Stroll.  If you have ever attended their yearly Holiday Stroll in December, you know that  Ridgefield offers a good time with events going on both days, plus shopping and dining.  Shake off the long winter and join the spring fun in nearby Ridgefield.

The Spring Stroll will feature events such as music, magicians, stilt walkers, a fashion show, balloon artists and festival performers, sidewalk chalk artists, petting zoo and of course sales at some of the many merchants in town.

Don’t miss an evening of fun with your gal pals on May 6th at The Westchester Manor  in Hastings from 5-9 pm.

This event is a great reason to get all dressed up and go out with some friends. There are goodie bags given at the door and if you bring a gently used handbag you will be entered into a raffle for some fun prizes. The handbags will be given to women in need through a charity called “Dress for Success” where women with little means entering the workforce will look good at a job and interview.

The evening will feature vendors of many types such as hair salons and jewelry, there will be a DJ and dancing, food and drinks samples, and a cash bar. 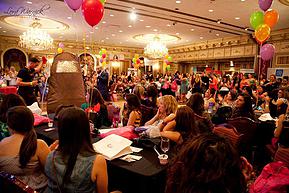 See below for information to this event, ticket prices and details please see the link below

in Dobbs Ferry is a charming and quaint Italian restaurant  with a homey comfortable feel . The tin ceiling and subdued lighting are just some of the soft and romantic touches to this hidden gem of a restaurant. The small intimate dining room makes one feel that they are in an New York City Italian restaurant from an earlier era.  Luckily for the diner the food is fresh and the chefs interpretations of classic Italian dishes are both classic and contemporary 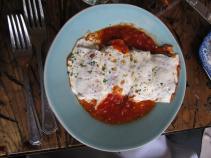 I dined on a Sunday evening with my husband and another couple. The waiter was polite and anxious to recommend specialties as we have never been here before. Service was excellent  and we felt that every staff member was eager to take care of us and make sure that dining at Piccola is a memorable experience
I started with eggplant rollatini with marinara sauce. Other appetizers shared were fried calamari with lemon slices,

salad with anchovies, and baked artichokes. All were very tasty and fresh.  I especially loved the eggplant which had a wonderful  marinara sauce that melted in your mouth.

For an entree I chose the boulliobese di pesce which consisted of linguini pasta served with seafood in a stew topped with a flaky pastry crust. This was really delicious and a nice twist of a zuppa de pesce. My husband  ordered homemade lasagna with a  creamy bechamel sauce. The fresh homemade pasta really made this dish stand out.  The other entrees included mixed seafood in a marinara sauce and homemade gnocchi with sausage and broccoli rabe. I was told by my fellow guests that everything was delicious! 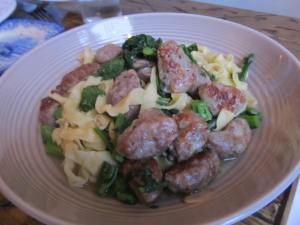 To complete our meal I finished with tartuffo which was a nice presentation of ice cream with a hard chocolate covering  cut in pieces with cherries inside. The last dessert was an apple cinnamon bread pudding. Cappuccino completed my tasty meal. It is no wonder that the owner/ chef  is Sergio Pennacchio has been nominated as one of the best chefs in Westchester County by Westchester Magazine. 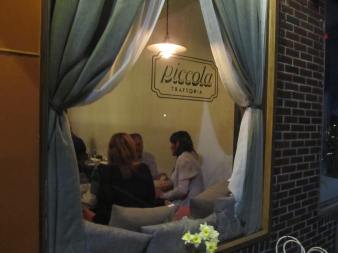 Don’t miss this fine dining experience in southern Westchester. I will be back for sure.

West Side Story the award winning  Broadway play has returned for a run at the Westchester Broadway Theatre in Elmsford.   The musical which premiered on Broadway in 1957 and enjoyed several revivals features the legendary talents of Leonard Bernstein (music), Jerome Robbins (choreography), Stephen Sondheim (lyrics) and book by Arthur Laurents.  West Side Story would be made into a movie in 1961 and would earn 10 Academy Awards.

The story is inspired by William Shakespeare’s Romeo and Juliet where two star crossed lovers meet and fall in love in the backdrop of ethnic street gang conflicts of 1950s New York City.  The teen age street gangs represented by the Sharks (Puerto Rican) and the Jets (caucasian) clash in a neighborhood turf war and set the backdrop for the love story of Tony (Jets) and Maria (Sharks).  West Side Story was considered ground breaking for its realistic and contemporary story and setting as well as its choreography.  The musical would feature the most dancing in any Broadway production at the time.  The score contains the memorable classics,”America” , “Maria”, “Tonight”, ” I feel Pretty” and “Gee, Officer Krupke”

West Side Story returns to Westchester having last been staged here in 1998.  It was directed by Barry McNabb who returns to direct and choreograph this performance.  The current show stars Carly Evans as Maria, and Zach Trimmer as Tony ( who appeared this winter at the theater in South Pacific).  The performances of both lead actors was fantastic and Carly Evans portrayal of Maria was memorable as were her soaring vocal performance. 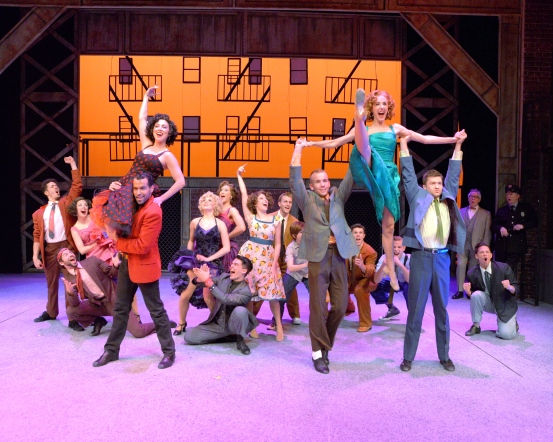 The cast of West Side Story

The rest of the talented cast provides non stop entertainment throughout the two acts. All the actors are members of Actors Equity and are professionals with credentials ranging from roles on Broadway, London, Regional theatre and National Tours.  Dinner is part of your evening at the theatre and is served before the performance.  The theatre is intimate and wraps around three sides of the stage so every seat provides a great view.

West Side Story will run at the Westchester Broadway Theatre through July 5th 2015.  Don’t miss it!.

Beacon New York, right on the Hudson River in  Dutchess County is a great day destination.  Main Street in Beacon has been transformed into a mecca for artists, galleries, and one of a kind shopping.  Naturally you might want to stop to recharge with some great coffee. While in Beacon, a great place to stop in is the Bank Square Coffee House  for  a latte or specialty coffee.

This funky eclectic spot is a fun and interesting place to relax, sit on a couch, read the paper or talk with friends.

Sit and enjoy your coffee

This popular shop has so many fun beverages to try it’s hard to pick just one. All  are beautifully made with special touches.

Coffee that looks as good as it tastes

My white mocha caramel latte was simply delicious and served with a cream swirled heard inside the cup. My daughters’ hot chocolate was just as tasty with Ghiradelli chocolate and cream.