Though the ground breaking HBO series “The Sopranos” aired its final season years ago, the show still has thousands of loyal fans.   On Saturday November 23rd and November 24th the Meadowlands Convention Center will be host to  Sopranos Con, a convention for all things Sopranos.  The two day convention is billed as an event “By the fans, for the fans”.

The two day event is filled will give loyal fans of the series a full taste of their favorite show.   Over 40 members of the cast will be in attendance at the event including Dominic Chianese (Uncle Junior), Tony Sirico (Paulie Walnuts),  Vincent Pastore (Sal “Big Pussy” Bonpensiero),  Tony Darrow (Larry Boy Barese) and so many more. 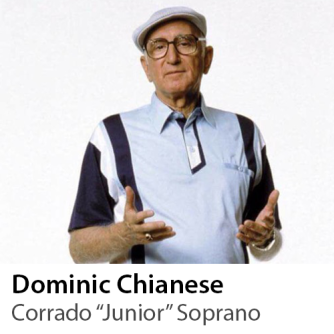 There will be autograph sessions with cast members, trivia contest,  screenings, vendor tables, stand up comedians, cannoli eating contest, tours of sites used in the filming and so much more.   There will also be an additional VIP experience– Red Carpet  in the Meadowlands Expo Lobby, a special VIP Cocktail Hour Meet and Greet, Large Cast Q & A hosted by Alan Sepinwall and Matt Zoller Seitz (Authors of Sopranos Sessions) as well as performances by Dominic Chianese (Uncle Junior) with Danny Bacher, and Alabama 3.  As well there is a special  VIP After Party at  Satin Dolls aka The Original Bada Bing! (requires additional ticket  or packages)

This is looking to be the ultimate Sopranos fan event.  Do not miss it.

For Tickets and information https://www.sopranoscon.com/