Located in Port Chester, a town known of its collection of multi-cultural restaurants, Sonora  made its mark  on the area food scene twenty years ago with Chef Palomino’s signature Latin inspired menu, and innovative cocktail program.  As 2019 is the 20th anniversary of its opening, Sonora still pleases its customers and attracts new diners  with a fresh and creative take on Latin cuisine and an emphasis on locally sourced ingredients.

Born in Columbia, Chef Palomino draws inspiration for his menu from his childhood in Bogotá, his earlier years in New York City alongside such culinary legends as Larry Forgione and Charlie Palmer, and his time in France honing his craft with renowned Chef Michel Guèrard in Eugènie-les-Bains.

With a wealth of knowledge and great respect and appreciation for cuisines from around the world, Chef Palomino took all that he had learned and returned to his roots, focusing on the flavors of Latin America. He opened the first Sonora Restaurant in New York City’s Eastgate Tower Hotel in 1997 before relocating it to Port Chester, NY in 1999. 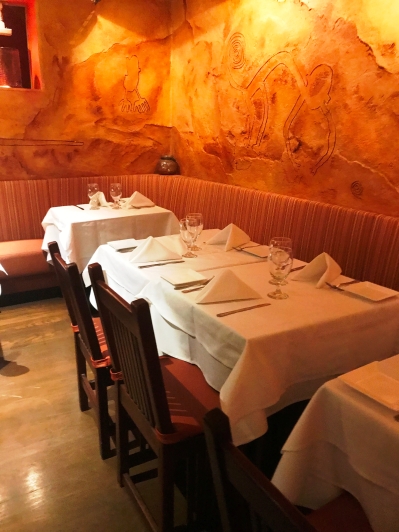 Sonora’s menu is a culinary tour throughout Latin America, Mexico, and Spain. Dishes are drawn from Spain, Portugal, Peru, Mexico, Brazil, Cuba, Ecuador, and Chile.   The Chef has also embraced the desire of many diners for a healthier plant based diet and has incorporated modern offerings such as Fresca Kale, and Tacos de Squash. 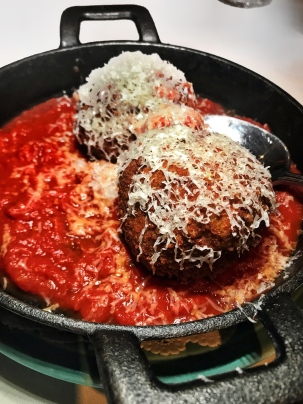 From Spain, Eggplant Meatballs in a Spanish tomato sauce is a twist on the this Italian vegetarian favorite, and was delicious.   Palomino Pulpo was a fantastic dish of grilled octopus served with fingerling potatoes, arugula and chimichurri.

The delightful and flavorful Cerviche served in a martini glass is from Ecuador with shrimp in a tomato base with cilantro, onions and sweet potato.  A unique combination of flavors. 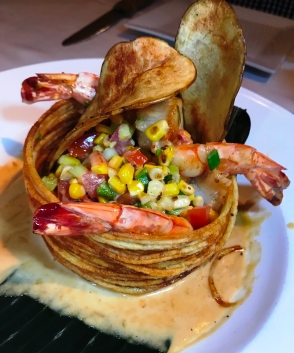 The menu is quite inclusive and the chef has included innovative dishes for vegetarians and vegans so that everyone in your party can enjoy the cuisine at Sonora.  The Chef has written 5 cookbooks and has restaurants in Pennsylvania, Connecticut, Florida in addition to Port Chester.

“Westchester County is where I call home and is where Sonora and my professional career took shape,” says Chef Palomino, “Sonora will forever be dear to my heart, and I hope my guests feel the same way for years to come.”   We are happy he feels this way, as we plan to return again and again.