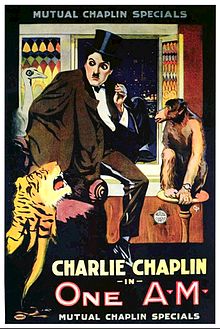 A fun theater experience is coming to the Bedford Playhouse on Sunday May 5th at 1pm. If you want to experience the history of the silent era of cinema, then this is for you.  A very special event with a live pianist playing along to the three short films.   This is a must for fans of film.

Have you ever heard of “musical onomatopoeia”? This event takes sound effects to an entirely new level!
All ages will delight in this unique intersection of comedy, film and music. Three short silent comedies will be shown consecutively — each with live improvisational piano music by one of the nation’s leading silent film accompanists, Ben Model. The films include three laugh-out-loud classics:
One A.M. with Charlie Chaplin, The Playhouse with Buster Keaton and Big Business with Stan Laurel & Oliver Hardy.

One A.M. with Charlie Chaplin – A drunken homeowner has a difficult time getting about in his house after arriving home late at night.

The Playhouse with Buster Keaton – After waking up from his wacky dream, a theater stage hand inadvertently causes havoc everywhere he works.

Big Business with Stan Laurel & Oliver Hardy – Two Christmas Tree salesmen get into a mutually destructive fight with a homeowner.

Ben Model is one of the nation’s leading silent film accompanists, performing on both piano and theatre organ. Over the past 35+ years he has created and performed several hundred live scores for silent films on piano and theatre organ. Ben is a resident film accompanist at the Museum of Modern Art (NY) and at the Library of Congress’ Packard Campus Theatre.