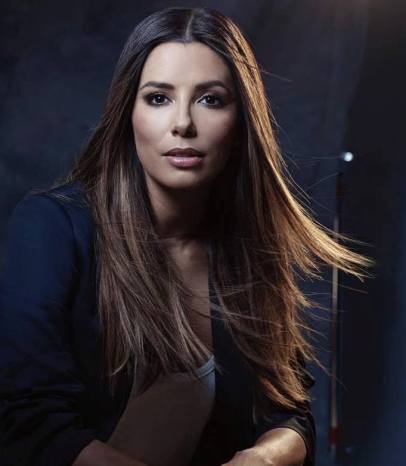 The Greenwich International Film Festival announces the honorees for the 5th annual Changemaker Gala, which will take place on May, 30, 2019 in Greenwich, Connecticut. The Changemaker Award honors artists who have used their public platform and the power of film to further positive social change.  This year, activist and actress, Eva Longoria Bastón, will be honored for her work to empower Latina woman and girls through the Eva Longoria Foundation.

Bobby Walker is  the Community Changemaker honoree at the 2019 festival,  and will be recognized for his work supporting the Boys & Girls Club of Greenwich. Past Changemaker honorees include Renée Zellweger, Christy Turlington Burns, Freida Pinto, Trudie Styler, Abigail Breslin, Harry Belafonte, Mia Farrow, and Ashley Judd.

Award-winning actor, producer, director, entrepreneur and philanthropist Eva Longoria Bastón (“Desperate Housewives,” forthcoming “Dora and the Lost City of Gold”) established the Eva Longoria Foundation in 2012. The Foundation’s mission is to help Latinas build better futures for themselves and their families through education and entrepreneurship. Through its programs in STEM education, mentorship, parent engagement, college scholarships and entrepreneurship, the Foundation has impacted the lives of more than 23,000 Latina people in the United States and Mexico. Longoria Bastón is a founding member of the Time’s Up movement that addresses systemic inequality and injustice in the workplace, and a powerful voice for the representation of women and people of color in media. Longoria Bastón was named “Philanthropist of the Year” by The Hollywood Reporter and honored with a Lifetime Achievement Award at Variety’s annual Power of Women Luncheon.

For more than 100 years, the Boys & Girls Club of Greenwich has been devoted to preparing young people, through enrichment opportunities and supportive relationships, to be responsive, caring and productive community members. The organization provides high-quality, diverse and robust programming for children and teens ages 6-18 throughout the school year and remains open during school holidays and winter and spring vacation periods.  The affordable After-School Programs and accessible summer camps ensure that every child, no matter what his or her family’s financial situation, can participate in positive activities that build self-esteem in a safe, nurturing and supervised environment. “I’m honored to be recognized by the Greenwich International Film Festival

“I am thrilled that the Greenwich International Film Festival will be honoring Eva Longoria Bastón and Bobby Walker as Changemakers,” said Wendy Stapleton, Chairman of the Board, GIFF. “Eva is a committed advocate for underserved communities. Her philanthropic track record is formidable, and she has worked to advocate for women, the Latina community, people with disabilities, children with cancer, farm workers and more. She will be accepting the award based on her work to educate and provide opportunity for Latina women and girls. Eva understands the power of her celebrity and has leveraged it time and again to help those less fortunate. Bobby Walker is the incredible leader of The Boys and Girls club of Greenwich. Through his tireless work he has helped to make our community a better, more inclusive place. Bobby and Eva embody what it mean to be true Changemakers.”

Greenwich International Film Festival will celebrate its five year anniversary from May 29-June 2, 2019. Tickets for the Changemaker Gala go on sale today and will be available for purchase at greenwichfilm.org. The Festival’s full film slate will be announced May 3. The May 30th Changemaker event, sponsored by Betteridge, will include a cocktail reception at Betteridge followed by a black-tie gala at L’Escale in Greenwich, CT. Kathie Lee Gifford will serve as Master of Ceremonies.

for tickets and information on this fantastic weekend of film, fun and philanthropy, please visit: