Located in the heart of Bedford Village since 1947, the Bedford Playhouse which served the community for decades closed in 2015.  In order to save this landmark, a small grass roots movement was started led by Bedford resident John Farr.   The vision was not just to reopen the playhouse but to create a special place that would indeed become the heart of the  community, and transform the playhouse into a cinema, cafe, meeting place, and a host for speakers, art exhibits, live music and so much more.

In the lead up to its reopening planned for 2018 the Playhouse has been hosting a number of  events that remind the community  that we live in an area of rich artistic talent.  On December 19th 2017 I had the pleasure to attend a screening of  the comedy classic “National Lampoon’s Christmas Vacation”  starring Chevy Chase, Randy Quaid and Beverly D’Angelo . After the showing of this hysterical film, the sold out audience which filled the Bedford Historical Hall (steps away from the Playhouse) was treated to a live interview with movie legend and Bedford resident, Chevy Chase.  John Farr who is the President and Founder of the Playhouse interviewed Chevy and then opened the interview  to questions from the audience.  It was quite fascinating to learn about the making of the film, and the great cast of actors in the film.  The audience also learned from Chevy some of his favorite roles (Ty Webb from Caddyshack and Clark Griswold) as well as some of his favorite bits from his stint on SNL.   Chevy and his wife are  also  members of the Cultural Advisory Council for the theater.

Chevy Chase at the screening of Christmas Vacation

It was a fascinating discussion and evenings like this are just part of the many wonderful and  interesting events we can expect from the Playhouse in the future. 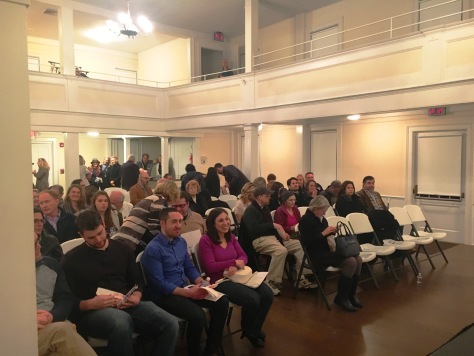 The Playhouse will be screening first run movies, classics, indie and family films.   The new theater will feature three theaters.  The main theater will retain the elegance of  a classic movie house with 21st Century upgrades that theater goers expect.  Two smaller theaters will host a variety of cinema including documentaries, indie, foreign films and more.    Add to this transformation an all day cafe open to all, and the Playhouse will truly be not only a local treasure, but a magnet for the community .

The main theater is planned to open in the Spring 2018, with the remainder planned to be open by Summer 2018.  The amazing transformation of this landmark has been done by donations from the community. Learn more and to help meet the fundraising goals of the Playhouse please visit:

See you at the Playhouse ! 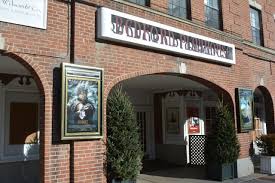