On March 21, 2019, the Bedford Playhouse was host to a very special evening.  The theater screened the documentary, “Clive Davis, The Soundtrack of our Lives” about the legendary music executive and Bedford resident, Clive Davis.

Attendees to the event were in for a unique event as the cafe of the Playhouse hosted a pre-screening party for the guests.  In attendance was none other than Clive Davis himself and well as singer/songwriter Rob Thomas. Mr. Thomas is well known as an accomplished musician and the front man of the band Matchbox Twenty.  He also wrote the hit song “Smooth” which he recorded with Carlos Santana.

Prior to the screening guests mingled in main floor cafe space enjoying cocktails from the Playhouse bar, tasting appetizers and listening to sounds of a pianist playing on the baby grand piano.  Attendees also had great photo opportunities and a chance to meet Clive Davis and Rob Thomas.

Mr. Davis has enjoyed a decades long career as one of the most famous executives in the music industry.  Starting in the 1960s at Columbia Records and later at Arista Records.  He has signed such famous recording acts such as Bruce Springsteen, Janis Joplin, Santana, Chicago, Billy Joel, Blood Sweat and Tears, Earth Wind and Fire and Aerosmith.  Later he would bring to his label such acts as Whitney Houston and Alicia Keys. This is just a partial list.

The two hour documentary directed by Chris Perkle spans his five decade long career in the recording industry and his tremendous influence on modern popular music.  As well Davis is a multi Grammy award winner and was inducted into Rock and Roll Hall in Fame in 2000 in the non-performers category.  The film is a fascinating look at the rich career of a icon in the music business.  Bedford resident and musician, Rob Thomas joined Davis on stage following the screening for a Q & A session. The audience was treated to interesting stories and insights into this fascinating man.

This was certainly an exciting evening for those who attended.  The Bedford Playhouse is more than just a movie theater, it is a mecca for film, music, the arts and important and unique cultural events such as this.  Make sure you follow us and the Playhouse for  upcoming movies, events and music.  See you at the Bedford Playhouse!.

The Bedford Playhouse will be having yet another very special screening on Thursday February 28th.    To Dust, will be shown at the Playhouse with a Q & A session to follow.  The Q & A will feature two of the producers of the film, Emily Mortimer and Alessandro Nivola.  The ability of the Bedford Playhouse to attract actors, directors, and producers to speak to the public is a part of what makes the playhouse a local treasure.

Emily Mortimer is an English actress, writer and producer with over 70 film and television credits to her name including roles in Mary Poppins

Returns, The Pink Panther (with Steve Martin), Lars and the Real Girl and many more.

Alessandro Nivola is an actor and producer and has over 40 film credits including the films, Face Off (with John Travolta), Jurassic Park III,  American Hustle and many more.

The film is set in upstate New York,  where  a Hasidic cantor troubled by the untimely death of his wife He then befriends a local community college biology professor and the two embark on an increasingly literal undertaking into the underworld.  The film stars Geza Rohrig and Matthew Broderick.

To Dust premiered at this year’s Tribeca Film Festival, followed by screenings at the San Francisco Jewish Film Festival and the Hamptons International Film Festival. It now is at the Bedford Playhouse for a very special screening.  The Q& A with the producers will follow the show and will be moderated by Jennifer Stahlkrantz of Bedford Magazine.

There is a limited amount of VIP tickets which includes a meet and greet in the very special NYC&G VIP room.

For tickets and info https://bedfordplayhouse.org/showtimes/to-dust-22819-700-pm/

The Bedford Playhouse in Bedford NY will be hosting a very special evening on December 6th.  “Bemelmans in Bedford” will be a unique  evening  that only the Playhouse can bring to our area.  The evening will  include a cocktail party at 6:30 pm, followed by the screening of the documentary, “Always at the Carlyle” at  7:30 and followed by a live Q &  A session with Director Mathew Miele.

The film is a 90 minute documentary about the The Carlyle, the  landmark Upper East Side hotel and the famous Bemelmans Bar.  This hotel has been a favorite for the jet set as well as a personal favorite of many locals.  This famous spot and its bar has been host to many famous faces over the years including Princess Diana,  Michael Jackson, Harrison Ford, George Clooney,  Queen Elizabeth and many more.

The documentary covers the long history of this landmark, the stories of some of its famous guests and some of its secrets.  Numerous celebrities are interviewed as part of the film.

The night will kick off with a cocktail party in the new lounge at the Playhouse, with  live piano music from Svetlana. The film will then be screened followed by a live Q & A session.  The Q &A will be  moderated by Bedford resident Nancy Steiner, who is a director and producer of documentary films and television.

It sounds like a really fun and interesting evening in the heart of Bedford Village.  If you have not been to the newly restored Bedford Playhouse this is a great opportunity.  The theater has been totally transformed into a unique destination and hosts not only feature films but interesting evenings such as this event.

For more information and to purchase tickets: 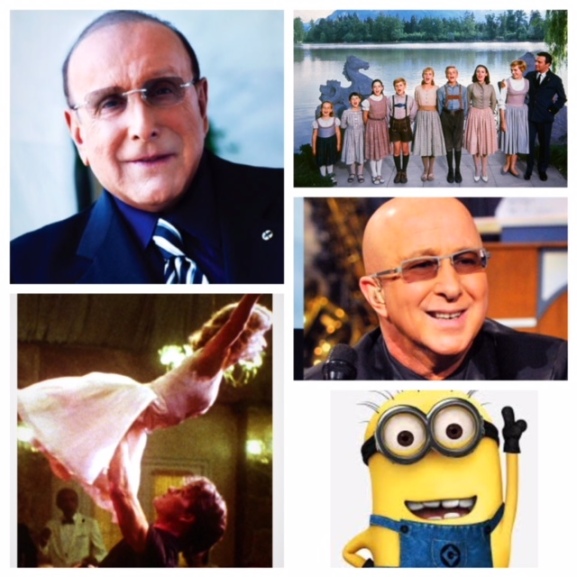 Looking for something to do this weekend?  Then look no further than the newly renovated Bedford Playhouse in Bedford Village.

The Playhouse is thrilled to announce the Grand Opening of its eagerly anticipated film, arts and cultural center, featuring state-of-the-art facilities and a vibrant and welcoming café.

Three days of celebration and exciting programming will kick off a new chapter for the beloved landmark after a $6m+ renovation and community effort to save the Playhouse that began back in 2015.  You must see the amazing transformation of the Playhouse into a theater and arts attraction for the region.

Opening weekend events will include parties, family films, “community choice” flicks, wine tastings, live entertainment and some very special guests. In recognition of the first historic Bedford Playhouse Grand Opening in 1947, entry-level tickets to a majority of the community festivities will be priced at $19.47 and include food, drinks and entertainment.